The Adventure Film Company in Borneo

In the mid-90s, Pierce Vaughn was working in television and independently producing films and music. Bjorn Vaughn was working as a photographer and writer. In 2009, they travelled to Central Kalimantan, Borneo, Indonesia, where, together with entrepreneur Immanuel Bryson-Haynes and businessman Luciano Da Silva, they established the island’s first international film production company. Half a decade later, Borneo Productions International (BPI) consists of local and international filmmakers, having worked on films across the archipelago with clients from around the world. 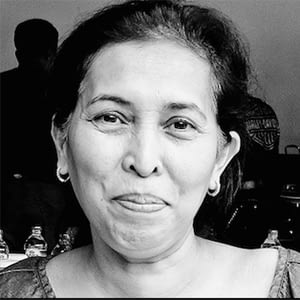 Isti studied graphics, animation and photography. As a philanthropist she has helped establish successful businesses around the world. Isti wishes to develop and promote the unique heritage of Central Kalimantan through film. 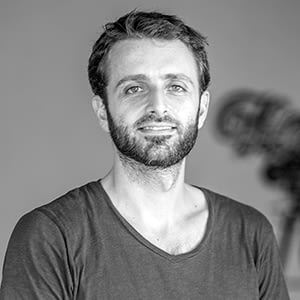 Bjorn has a background in travel writing and human-interest photography. He is a passionate camera operator, producer, director, artist and musician. Like all filmmakers he is working toward making an impact with his film work. Bjorn, with his passion for social and environmental themes, is an advocate of "edutainment". He is the General Manager at BPI. Bjorn is married with child, dog and jungle hut.

Pierce started producing and directing independent film projects from an early age. In 2006, he moved to Berlin to study film and television, working as an editor, motion graphics designer, cameraman, art director and film producer. Pierce truly is "the film buff" at BPI, realizing his dream as film director and pro-actively developing the creation of a film business in Cental Kalimantan, Indonesia.

Fina has a background in conservation and environmental education. Having familiarized herself with film production accounting, budgeting and production management, Fina is a budding junior producer at Borneo Productions International with a growing number of successful project under her belt.

Rory Moon is a cinematographer by trade, but his real passion is exploring stories about nature and people, and how humans can heal our disconnection from the Earth’s natural systems and each other. Rory has a bachelor of arts and majored in film. He was able to spend four months studying Cinematography at the Academy of Performing Arts in Prague. Rory moved on to work as DOP for MTV News and Vice Media amongst others before moving to Indonesia and joining Borneo Productions International to deepen his passion for wildlife and nature cinematography. Rory is also a principal developer of the Profilmers foundation curriculum.

Romi has been a vital part of all big BPI productions, serving as production assistant, soundman and inventory manager, all while handling data management in the field. He can fix anything and is ingenious when it comes to building rigs, which is extremely important when our productions take us deep into the jungle.

Yudi grew up in Jakarta, Indonesia. He studied film production in SAE Institute Jakarta and went on to producing his own films for social media. In his previous company that he worked for, he always strived to make films about critical issues. He finally found what he was looking for through BPI in Borneo, a passion for pressing environmental issues. He now helps develop, shoot and edit films with BPI. As the youngest team member, Yudi helps us make sure our films stay relatable for younger generations.

Dhani is a talented young filmmaker with a range of skills. As a photographer Dhani was quickly able to learn what it takes to capture a story in moving pictures, as part of a crew or when working solo. He is technically proficient with a range of cameras and is a skilled drone cinematographer, photographer and editor. Dhani is eager to learn and improve his skill. He takes great pride in his work and is 100% committed to delivering the results.

Surya is a student of history and central to BPI’s accounting department. She makes sure all legal reporting is accurate and on time and assists with all accounting matters and office managerial related things.

After 5 beautiful years at the Rungan Sari Meeting Center & Resort, we have finally moved the BPI offices to a new, spacious and more integrated environment in downtown Palangka Raya. Only 15 minutes from the airport, nestled in an inspirational, green environment, this is where the action continues. We look forward to welcoming you here!

â€œI found their professionalism, creativity and technical knowledge impressive. If I were lucky enough to return to make another film in Borneo, Borneo Productions International would be my first port of call, furthermore BPI have been recommended to other BBC productions working in Borneo Kalimantan and South East Asia.

Bjorn camera work is magnificent. The shoots are so well composed. Working with him and his team at BPI was a breath of fresh air coming from London. They were so engaged with our project and happy to help.

Borneo Productions International is a highly talented company that brings up innovative ideas which reflect the multi-cultural and young composition of its team. In my interaction with them I was impressed by their energy, enthusiasm and professionalism.